In the past 24 months and after studying over 2,000 commercial real estate deals, we at Digsy, have acquired and analyzed hundreds of thousands of data sets that reveal quite a lot about how CRE deal close rate. The gems in the data that we’ve found is that taking certain actions during the deal process can help  double or quadruple the probability of closing a deal.

We’ve also found that a deal’s closing probability decreases exponentially if a client spends more than 21 days in the same status without moving to the next. This is especially true if the deal has not moved from the very first stage of reviewing a shortlist of properties that a commercial real estate agent has sent them.

Our statistics show some alarming differences in the closing likelihood as the deal moves through various stages.

Here are The Statistics of a Deals Closing Likelihood Based on the Stage of Deal:

How likely is a deal to close throughout the stages? 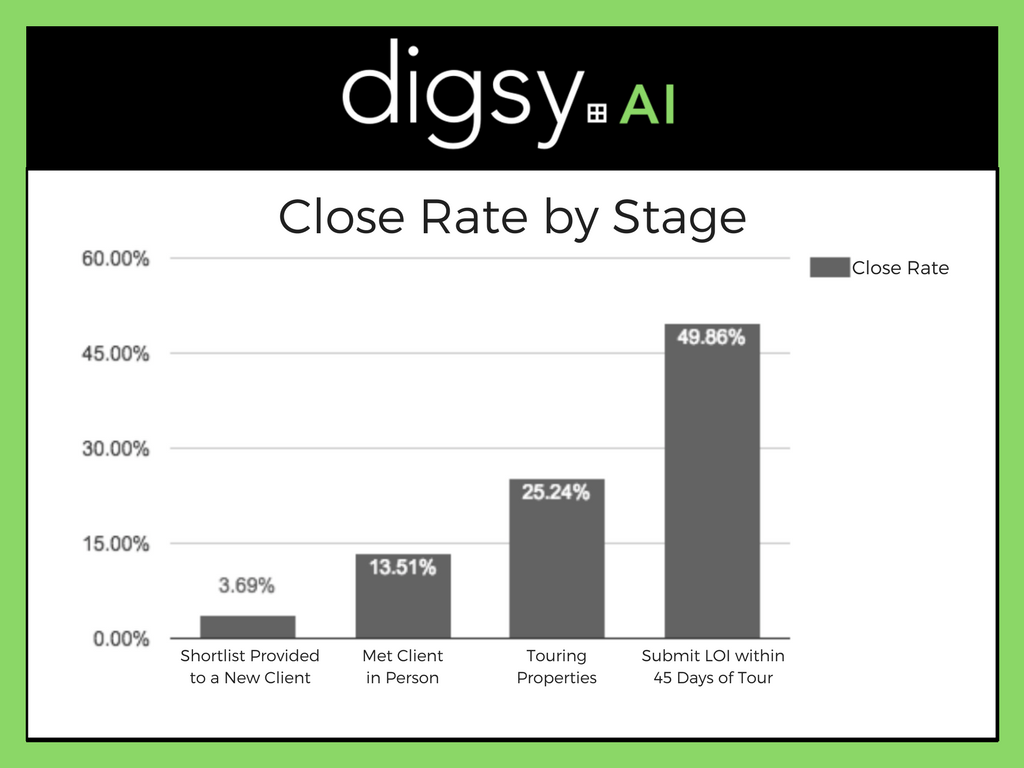 Shortlist Provided = 3.69% Closing likelihood: If you have sent your client a shortlist of properties, and they are currently trying to identify a property that they like, the deal has a 3.69% likelihood of closing. It’s a pretty dismal percentage, especially if you consider that this percentage goes down every day until you meet with them face-to-face.

Face-To-Face Client Meeting = 13.51% Closing likelihood Once you schedule an in-person, Face-to-Face meeting with your client, the likelihood jumps up 3.5x to 13.51%! Click here to learn how get that meeting scheduled with a simple trick!

Touring Properties= 25.24% Closing likelihood The next step in this process is touring the properties. If your client tours a property with you, the closing likelihood jumps again to 25.24%.

LOI Submitted = 49.86% Closing likelihood Finally, once your client has found a property they want to lease and asks you to start the negotiation process, your likelihood of closing the deal is now at 49.86%!

As every CRE agent knows, this is not the end of the process, so we have taken it a step further. Within the proposals process, your close rate can fluctuate: 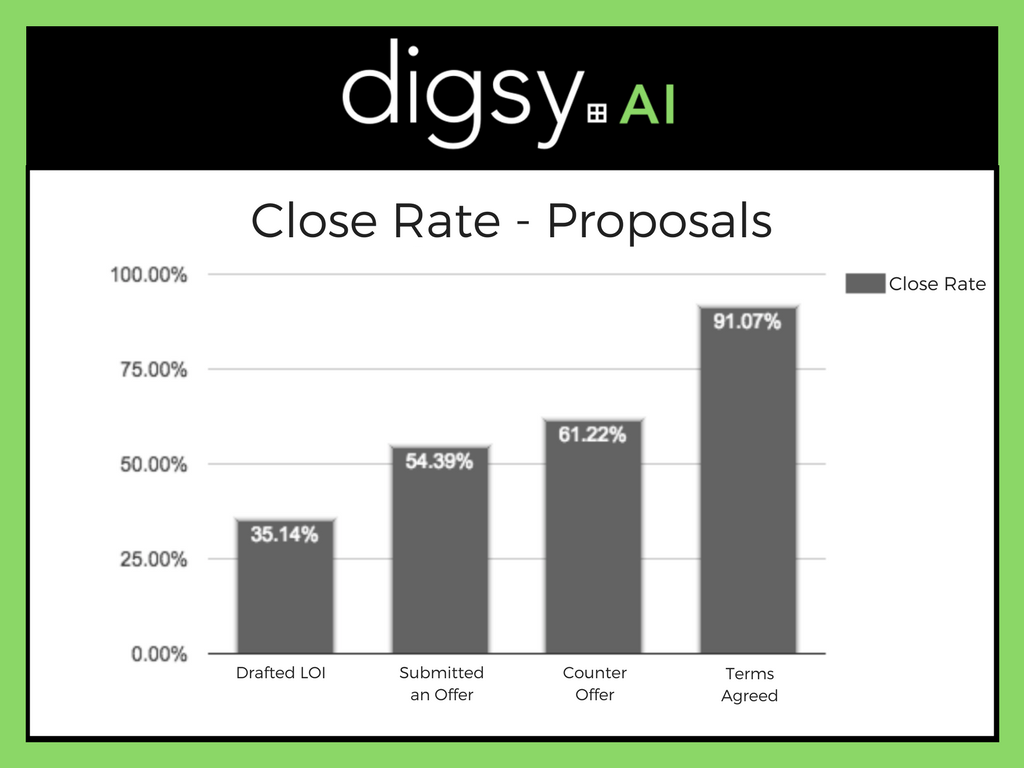 Although this example is geared toward how to close more deals in commercial real estate, the same concept can be used for any salesperson. The takeaway is that moving your deal throughout various stages in your sales process is incredibly important to the ultimate goal of closing the deal.

10 Sales Productivity Apps You Will Actually Want to Use